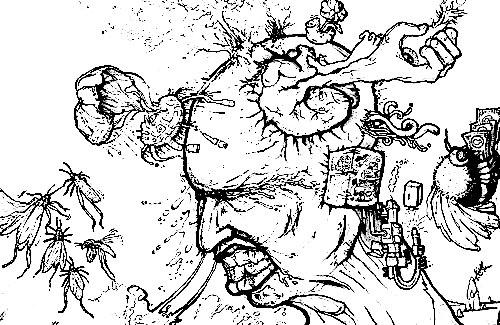 If you are like me, you don’t really know where the negativity belongs. Don’t worry, we will find out together.

What I’m talking about? Well, I’m talking about the negative attitude, words and feelings we keep in our lives and refuse to give away. Those bad things are moving us away from our true selves, from who we can be and what we can do. How? They get in our mind and make a shelter there. The mind is more than welcoming; it arranges a cozy, warm place for the negativity to settle and the negativity takes the chance in a blink.

Our mind doesn’t really know how to be optimistic, so it needs a little help from us. The human’s mind is used to think about all that “what if” situations and most of those are negative. What if you won’t get the job? What if your boyfriend will leave you? What if you won’t be slim again? What if…? Do you recognize that kind of thoughts? Of course you do, you have at least 10 of those a day. But what if I told you that you can reduce that number to 7 then 3 and then 0? Not in a day, but in this lifetime.

Just be yourself – even if it’s not the “best self”

If you are like me, you are a perfectionist. And, despite of all those ideas that being a perfectionist is a good thing, I tell you it’s not. It is not a good thing to do something and then immediately think that you could have done it better. Maybe you could, but you didn’t have the inspiration, the motivation, the ideas, the feels or who knows what. What if I told you that you can make mistakes? You know what Napoleon, Roosevelt and others men like them said? They said that “a man who has never made a mistake, has never made anything”. And that’s right, because what is a mistake? A mistake is something that happens when you try to do something, but it doesn’t come out the way you planned. But you did something! You did something, you made a mistake, you have a lesson to learn.

Don’t set expectations – at all

Generally, when people make mistakes, the others blame them. And that’s somehow understandable, if the others have set high expectations. But that’s not all. The one who made the mistake blames himself too and most of the times he’s harder on himself than others would’ve been. And that’s not understandable. You are allowed to make mistake, but you are not allowed to be so hard on yourself. If you don’t cheer you up, then who you think would do that?

By doing that, you don’t run away from your problems, how many may be tempted to think. You just diminish the effect a bad situation may have over you. Your mind is used to criticize and it won’t stop if you don’t teach it how to. You have to teach your own mind how to not be that harsh on you and, instead, to be more supportive.

Something you can do to help your mind doing the shift is to change a little bit the environment where you are spending most of your time. For example, at your office you can make a panel where to put positive thoughts and quotes. At home, you can put post-its in some places where you spend most of your morning routine, like the bathroom and the kitchen. Write on them encouragements to cheer you up when you feel down. They also can give you a boost when you already feel good.

So stop criticize and start admire yourself!

View all posts by Flori Roman