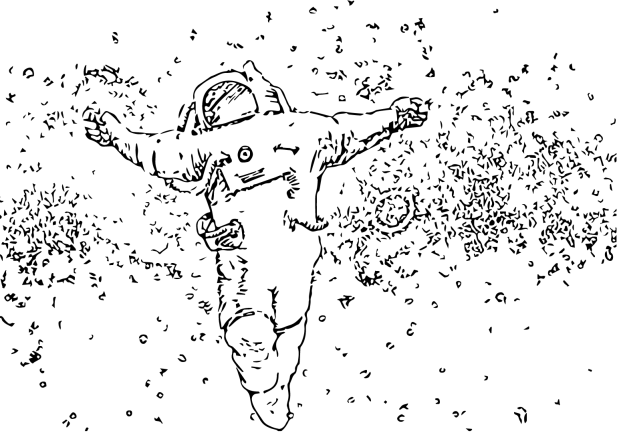 Humanity has reached yet another important phase in its evolution. You’ve probably heard that a lot lately, it’s almost a cliché to hear it again. Well, get used to it as you will hear it more an more. In this ever-accelerating world we live in, progress and regress take less time than they did before. Although we get “there” faster, it feels that we are already a bit late. We have the potential to reach for the stars and start a colony on Mars, but at the same time we are close to becoming an endangered species.

A simplified answer for the why, is the continuous decay of our habitat. Humanity’s reckless route to progress has had some serious side effects on our planet. We have recently passed the carbon tipping point. Permanently.

According to the Scripps Institution of Oceanography, it “seems safe to conclude that we won’t be seeing a monthly value below 400 ppm this year—or ever again for the indefinite future.” Their findings are based on the weekly observations of Hawaii’s Mauna Loa Observatory, who have been monitoring the CO2 levels on a weekly basis, since 1958.

Scientists have been warning us years before that if atmospheric carbon surpasses 400 parts per million, it would be an irreversible situation for an indefinite period of time. The first region to surpass these values was the Arctic, back in 2013. Fast forward to present, and now these values has been surpassed on a global scale.

The Nature Conservancy warns that one fourth of Earth’s species could become extinct by 2050. This in turn will cause a massive food chain disruption. Other side effects include rising sea levels and ocean acidification, to name only a few. So, yes! We, humans, are soon to become an endangered species.

While our habitat decays in such a manner, a mission to Mars becomes more poetic. It will not be centered anymore around one man’s ambition, an entire species will reach out for the stars…

Since writing could record, humans have been drawn to far out places. The open road whispers a romantic calling, a calling coded in the root code of our DNA. A base code meticulously written by natural selection, as an essential mechanism of human survival.

After thousands of years of sedentary establishment we are again left in the want for more. Even after all the material gains which came with settling in, there is still a place in our souls that longs for continuous exploration. From tribes to villages, to cities, to empires, to lost civilizations. Nothing lasts forever. Exploring and spreading is the only way we can ensure species continuity in the vastness of space-time.

A mission to another planed may be an interesting topic for a sci-fi movie, however there are visionaries like Elon Musk who dare to materialize such a vision. He puts his money where his mouth is with SpaceX, investing almost all his capital in this ambitious project.

For those of you who don’t know, SpaceX is a privately owned space company which has as main business activity the delivery of cargo to the International Space Station. It is the only private company ever to return a spacecraft from low-Earth orbit, which it first accomplished in December 2010. Their concept of reusable rockets keeps cost low and the business going, having NASA as their client.

However, SpaceX has bigger plans. Its stated goal is to establish a colony on Mars with a population of at least 80,000 people. The aim is to lower the cost of a trip to $200,000, in order to make this affordable and sustainable. Right now the estimated cost range from $6 billion to $500 billion for crewed programs and the cost for a person is estimated at $10 billion. Before that happens, SpaceX would have to overcome multiple important milestones. The forward thinking approach and the ambitious leadership of Elon Musk might be just the right combination to make this real.

At this point in time, this might seem unrealistic. What might seem even more surreal is the timeline proposed to make this happen. If you are reading this in 2016, the journey is expected to happen in 8 years time.

If all goes as planned, in 2024 we might witness a presentation as significant as J.F. Kennedy’s “We choose to go to the moon” speech. Back in 1962 the idea of two people walking on the moons in less than 7 years time seemed just as unthinkable as the idea of a Mars colony is today. To give us an idea of what a trip to Mars would look like, SpaceX has created this interesting animation of their vision of the Interplanetary Transport System:

Although there are many limitations and obstacles, the history of human progress teaches us that man, in his quest for knowledge, progress and expansion, is determined and cannot be discouraged. The exploration and colonization of space will happen, whether we choose to believe in it or not.

View all posts by Alex Cojocaru